Hartlepool Headland is the most southerly point of the Heritage Coastal footpath route.  This fascinating stretch of the coast demonstrates Hartlepool’s military defences; in fact there have been gun based defences here from the late 16th century.  In December 1914 it became the first place on mainland Britain to be bombed by the Germans with over 100 people losing their lives in the attack.

A prominent feature of the Headland and a short walk from the coastal path is St Hilda’s church built in the 12th century.  Like most ancient churches, St Hilda’s contains architecture of different periods and styles but the nave and tower are the oldest sections.  St Aidan founded a monastery on the Headland as early as AD 640. The first abbess was St Bega.  In 648 she was succeeded by St Hilda who remained there for ten years.  She died in Whitby in 680.

There are a few shops, cafes and pubs on the Headland.

There is a train station in Hartlepool with links to Sunderland and London.

For more places to visit in Hartlepool please visit http://www.thisishartlepool.co.uk 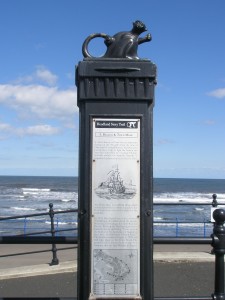 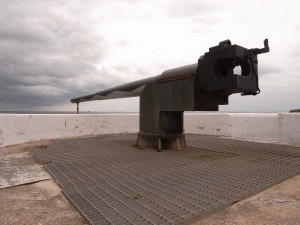