This heavily degraded coastline emphasised the deprivation of the area until a partnership of fourteen organisations came together between 1997-2002 to regenerate the coast of Durham. The Turning The Tide (TTT) Partnership successfully regenerated and cleaned up the coastal strip. TTT, a £10 million programme of environmental improvements, was implemented through a hundred separate projects. The Turning the Tide on the Durham Coast website will give you further information and you can view the Turning the Tide video below.

The project’s achievements can be broken down into three main areas:

1. Removal of Spoil and Debris

Natural marine erosion has begun the process of removal of spoil to bring the beaches back to their normal level over the next 20 years or more. In addition to the colliery spoil, a large amount of mining debris was discarded on the shore. A regular regime of cleaning was started under TTT to clear the coast of this kind of debris. Colliery reclamation sites at Easington and Horden had large cliff edge spoil heaps. In both cases, these heaps were removed and spoil was spread over the sites, capped and covered with soil to create public open space at Easington and for habitat creation at Horden. In total, 1.3 million tonnes of spoil was removed and 80 hectares of land was reclaimed by this process. 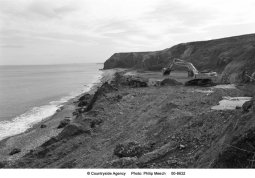 Improved access by providing facilities that enabled people to use the coast for informal recreation. 20km of footpath has been created to form the Durham Coastal Footpath Route enabling people to walk this particular stretch of coastline for the first time. Links from the main route to the coastal settlements facilitate its use for local circular walks as well as a day long extended route.

In addition the Partnership installed 47km of cycle route as part of the National Cycle Network. Linking local villages, schools and the newly created enterprise zones, the cycle-ways provide a safe route not only for leisure and recreational use but also as an environmentally friendly, sustainable method of transportation to work, school and home.

The Durham Coast hosts 92% of the total area of para-maritime Magnesian Limestone grassland habitat in Britain. The Partnership has purchased much of the agricultural land on the coastal fringe and, using the local seed bank, has converted a further 225ha of land for habitat creation. Much of the TTT programme has subsequently been designated as Sites of Special Scientific Interest and National Nature Reserves. Two foreshore areas to the extreme north and south have been given the European designation of SPA (Special Protected Area) as environmental improvements have provided an enhanced habitat for species such as the Purple Sandpiper in the north and the Little Tern in the south.

Further enhancement of the landscape included working with local communities to reduce the impact of eyesores such as allotment fences. More substantial works have completely regenerated the sea front at Seaham with the coastal car parks and promenade totally overhauled in a project to provide facilities of the highest quality for this gateway to the County’s coastline.

These pictures were taken at Easington Colliery 18 years apart, the difference is remarkable 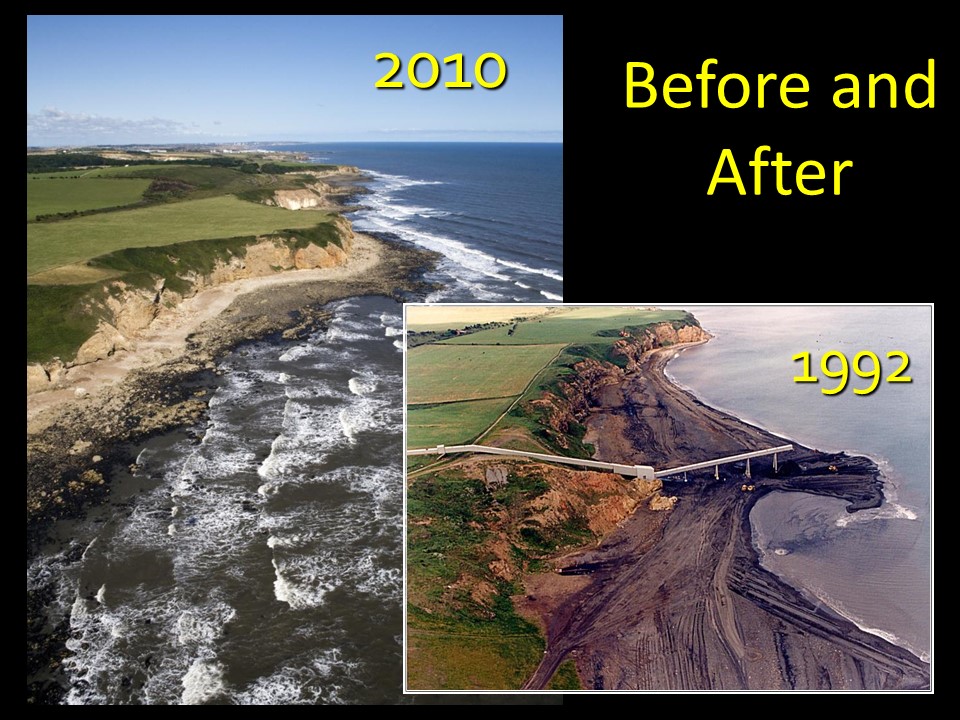 Before and After – Easington Colliery